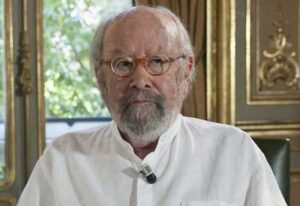 We have lost a Caballero and not only because it is in his surname, José Manuel Caballero Bonald. Flamenco, art, culture …. have lost a great poet, where the arte jondo was a fundamental part of his life, and is an essential part of the culture of the jondo.

Although the Jerez-born (11/11/1926) was over ninety years old, the world and flamenco need his wisdom in perpetuity.

To him we owe productions such as “Luces y Sombra”, a jewel of a flamenco essay he wrote in 1975 and which has several reeditions; “El cante andaluz” or “El baile andaluz”, are other titles that add to his library of commitment to our culture. Special mention needs the Archivo de Cante Flamenco where he was recording hidden songs full of essence, reflected visually with Velázquez Gaztelu in Rito y Geografía del Cante.

Favorite son of Andalusia and Cervantes Prize … and a dozen more awards that endorse his literary and flamenco career, although the more than deserved Nobel Prize was missing.

He was able to boast of knowing great flamenco artists with whom he forged friendships, his life was not understandable without flamenco, without the “jondo” (deep). Hence his passion for another part of the flamenco-andalusian culture through his works, conferences, record productions, lyrics…

On May 9, 2021 at the age of 94, a great Gentleman left us, and we insist again, not only because of his surname, but we have the satisfaction that he leaves us an enormous literary heritage, where flamenco has gained value and that thanks to God will be eternal in time.