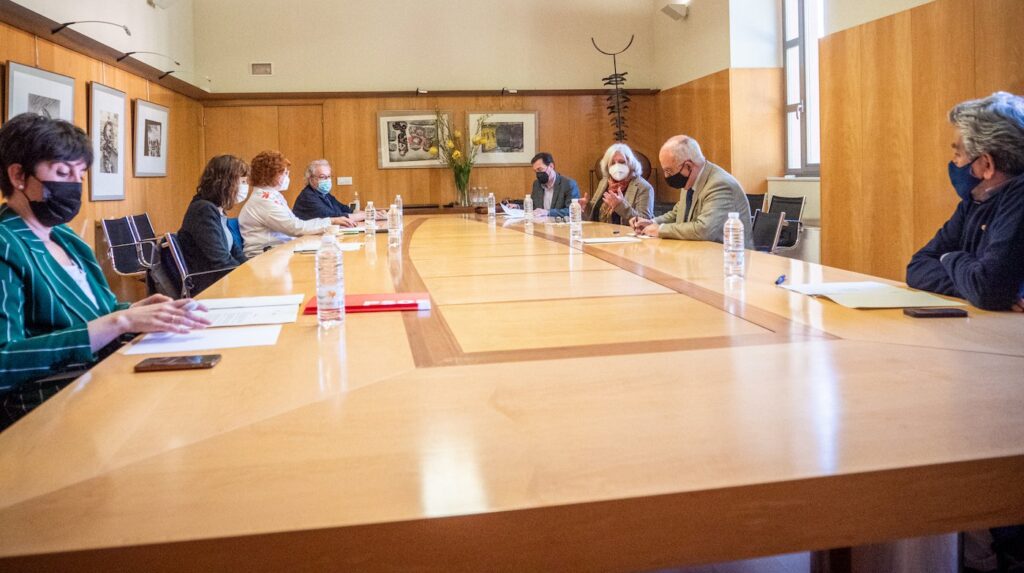 Micaela Pérez Sáenz, director of the Provincial Historical Archive of La Rioja, has been recognized with the Award for Arts and Culture of La Rioja 2021. The evaluation committee chaired by the Minister Pedro Uruñuela has ruled the award to a woman recognized throughout her extensive professional history for her tireless and passionate work at the head of the Archive and for the preservation, cataloging and dissemination of the written heritage of the region.

With her, also, the milestone of distinguishing for the first time a woman with this recognition, which is awarded to outstanding personalities of the Culture and Art of the region since 1998, is fulfilled.

For the jury that made the decision, and for the Government of La Rioja itself, as the institution that officiates at the recognition and presentation of the Award, the granting of the Award to Micaela Pérez Sáenz represents an enormous pride and a necessary recognition of a woman who has developed for decades an undeniable and always discreet work in favour of the historical heritage of La Rioja, from the perspective of an enormous vocation for public service and absolute love for her professional performance.

Recently retired, her mark is imprinted not only in the leadership of the Provincial Historical Archive and in the cataloguing and conservation of its collections, but also in the work of support and collaboration with researchers and individuals, and in the enhancement of the entity itself and its workers and resources over the years. Micaela Pérez has also stood out for her collaboration over the years with a wide range of artistic initiatives, to which she has contributed her predisposition and knowledge.

Micaela Pérez Sáenz was born in Logroño on May 10, 1955. As a child she emigrated to Zaragoza with her family and returned to her city after obtaining a position as a civil servant in the Archive. She studied Philosophy and Arts, specializing in Art History, because she wanted to devote herself to the conservation of historical heritage.

With a discreet character that displays enormous humanity, she has always been passionate about her profession and, as she has said on occasion, she considers herself “a servant of the Public Administration, of the citizens and of historians”. In all these years she has never ceased to defend the importance of cataloguing historical collections and preserving the good condition of the building that houses them because “without archives there is no memory”.

The name of Micaela Pérez Sáenz has been chosen by the evaluation committee of the Arts Award from a shortlist of three finalists. This committee, chaired by the counselor Pedro Uruñuela, has also counted with the participation of the general director of Culture, Ana Zabalegui; the councilor of Culture of the City of Logroño, Mamen Urquía, the deputy of the Parliament of La Rioja, Nuria del Río; the teacher and director of the Casa de la Danza, Perfecto Uriel; the photographer and director of the Casa de la Imagen, Jesús Rocandio, and the teacher and member of the Ateneo Riojano, Soraya Tejada.

The official award ceremony will take place in the near future at a place to be determined. Likewise, among other novelties, the Committee has decided to modify the name of the award by adding the word ‘Culture’ to become: Arts and Culture Award; and to propose that the award be given annually.

Culture brings artist Diana Larrea to Sala Veronicas with 'I exist, you exist, we exist'.